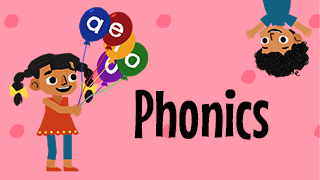 Letters are the first thing that preschool-aged children learn when they are being introduced to a language. Every letter has its own sound (phonics), and it is important to remember that even if a child can identify letters it doesn't mean that they know its sound.

The way we teach children letters and their sounds can vary based on the language we speak, the early learning philosophies we follow or the resources available to introduce them.

However, unlike regional languages spoken in India, English is not a phonetic language. For example, in Hindi, the letter अ sounds exactly how it is written. But in English, the letter 'a' for example has many sounds like /a/ as in apple or /a/ as in ate. This can get confusing for young children, especially when you are growing up in a linguistically diverse country like India. Therefore, when introducing the English language, it is crucial to spend a lot of time helping children connect with the letters and their sounds, phonics through a continuous multi sensory experience. This lays the foundation for how they will start forming words with reading, speaking and writing gradually following suit.

Are you wondering how to teach your child phonics the right way? Join Kutuki's Live Phonics Program today!

Whether you are a parent, teacher or an educator you must have multiple tools to teach your child letter sounds and letters. As adults when we want to find out things, we access multiple resources like books, the internet and much more. In the same way, even our little ones need various resources and through this, they learn the letter sounds along with the letter. You can make individual letter posters on the wall, or mini flash cards depicting each letter along with a small image that starts with the same letter or even use songs and stories.

Pro Tip : Teach your child at a slow pace, go letter by letter gradually and take at least a week to teach your child one individual letter and the corresponding sound.

Read on to find out the three important strategies to teach your child letter sounds.

It's no secret that our tiny tots yearn to be creative. They always want to find ways to do things out of the box. The key here is to be creative and choose activities in such a way that they are engaged in a fun way to practice each letter sound without it getting boring. We all know children love to sing, clap and sway around with peppy tunes. Here comes the role of music and songs in teaching letter sounds and phonics.

When children listen to songs they can hear the sound, mimic it and internalise the sounds with actions. It is important that the songs focus on only one letter sound at a time. They are lyrically simple and alliterative where the same letter sound is repeated in consecutive words. This allows for repetition which is crucial in helping preschool aged children practice and create a mental map of the sounds. The melody should be simple yet catchy. Using action words and ‘onomatopoeias’ i.e. words that phonetically mimic a sound e.g. meow, oink, hiss makes learning letter sounds enjoyable and participative.

Pro Tip: Here’s a fun alliterative song by Kutuki to learn the sound of the letter S. Sing this song twice a day for an entire week and we promise your little one will never forget the sound of letter S.

“The snake likes to slither in the sand

A child grasps the letter sounds fast when they learn it in an alliterative form. An ‘Alliteration’ is simply the repetition of the same sound or letter at the beginning of most of the words in a sentence, or in consecutive words in the same sentence. Through alliteration, the child understands the sound of the letter and is well aware of how each sound is distinctive to each letter. You can either create phrases or sentences based on alliteration principles. For instance;

-Bob bought the box of bricks.

-She sells sea shells on a seashore.

Pro Tip: Find a range of fun, alliterative stories on the Kutuki App and get your little one to connect with every letter sound.

Here's a little excerpt from The Letter C story

Clever Cat is too clever to get caught”

In the Kutuki App you have several examples for every letter which are more visually appealing, and keeps your child engaged in an informative and interactive way.

One of the best ways to engage your child to grasp the letter sounds is to incorporate it within motor skills activities. This gives your child the ability to connect with the sound as well as the form of each letter.

Now that you know the different strategies, it is important to remember that every child is different and develops at their own pace. You can take time and experiment with each strategy and choose what fits best for your child.

Download the Kutuki App either from Kutuki for Android or Kutuki for IOS today and free yourself from the fuss of teaching your child phonics.

Join Kutuki’s Live Phonics Classes and learn with the best Language experts. Send us a Whatsapp message and speak to our Academic Counselor today.